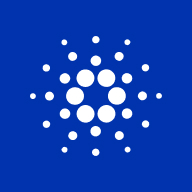 Download Cardano wallet for iOS and Android or go to account.cropty.io
App Store

Monitor your ADA balance in USD

No more confusion with crypto public addresses: in the Cropty cryptocurrency wallet you can send Cardano just by mobile phone number, QR-code and even a nickname! Make instant zero-fee Cardano transfers in your usual ways.

Get access to Cardano right in your mobile phone or any browser. Cryptocurrency investments wallet is already available for Android and iOS. Download Cropty to invest in Cardano online.

Cardano is an open-source, smart-contract platform that aims to provide multiple features through layered design. Its modularization will eventually allow for network delegation, sidechains, and light client data structures. Cardano uses a version of Proof-of-Stake (PoS) called Ouroboros to secure the network and manage the block production process. The network features a native token called ADA that gives stakers a claim on new issuance in proportion to their holdings and allows users to pay for transactions.

When did Cardano launch?

Cardano distributed vouchers for 25.9 billion ADA in a public token sale from September 2015 to January 2017. Participants could redeem the vouchers for actual ADA through Cardano’s native Daedalus wallet. The three entities supporting Cardano’s development received 5.2 billion ADA following the mining of Cardano’s genesis block. Their allocation was as follows:

How did Cardano come about?

Cardano is an open-source blockchain originating from peer-reviewed academic research. Cardano does not have a single published white paper but is developed from a collection of academic papers. Cardano sees itself as a “third-generation” protocol, improving on Bitcoin and Ethereum as the first and second generations, respectively. Cardano is named after an Italian Renaissance mathematician, Gerolamo Cardano, and its native currency ADA is named after Ada Lovelace, a 19th-century mathematician sometimes referenced as the first computer programmer.

Cardano is backed by three entities: IOHK, The Cardano Foundation, and Emurgo. IOHK is a blockchain research and development company founded by Charles Hoskinson and Jeremy Wood that is contracted to work on Cardano from 2015 through 2020. The Cardano Foundation is a non-profit organization focused on core development and ecosystem growth for Cardano. Emurgo is a Japanese venture capital firm.

Cardano's full launch will consist of five phases: Byron, Shelley, Goguen, Basho, and Voltaire. The Byron era arrived in September 2017 with the mainnet launch of the Cardano blockchain. During this phase, the chain operated as a federated network that only supported ADA transactions. The next phase, Shelley, launched in July 2020, bringing Cardano's proposed Ouroboros Proas Proof-of-Stake (PoS) protocol to life. It's now in the process of rolling out its third phase, Goguen, which will add support for smart contracts and native token issuance. Cardano development teams, IOHK and Emurgo, are researching and building the network's remaining phases, Basho and Voltaire, in parallel with Goguen.

The Basho era will aim to optimize the network for scalability and interoperability. The goal is to improve the underlying performance of Cardano to better support growth and adoption for applications that require high transaction volumes.

Two of the primary developments proposed for the Bash era are sidechains and parallel accounting styles. Sidechains are new blockchains (like shard chains) that interoperate with the main chain. They can help off-load work from this base layer to increase the overall capacity of the network (scalability through parallel computation). While Cardano uses a UTXO model, sidechains will also have the ability to support account-based models. By having parallel accounting styles, Cardano might be able to interoperate with external networks more easily or support new kinds of uses cases.

The Voltaire era will introduce Cardano's proposed on-chain governance and treasury system. Participants will be able to use their staked ADA to voting on the future direction of the network.

Upon the launch of Voltaire, protocol improvement proposals will originate from community participants instead of solely through the management of IOHK and Emurgo. Token holders, either through direct staking or a delegation system, will then be able to vote on which proposals the network should implement. Voltaire will also see the addition of a treasury system, whereby a fraction of all transaction fees will be pooled to provide funds for development activities undertaken following the voting process.

The Byron era marked the first iteration of the Cardano network. It allowed users to buy, sell, and transaction its native cryptocurrency, ADA, across the protocol. The Byron chain ran on a purpose-built consensus layer, called Ouroboro Genesis, which operated as a federated network with the majority of the node managed by the Cardano Foundation. Therefore, any block rewards generated during this initial phase were burned (no inflation during Byron).

The Byron era also saw the delivery of the Daedalus wallet, IOHK's official desktop wallet for ADA, as well as Yoroi, a light wallet built by Emurgo for quick transactions and day-to-day use.

Shelley will introduce the Cardano's proposed Proof-of-Stake (PoS) consensus layer, enabling users to contribute to the transaction validation process either directly or via delegation, in exchange for staking rewards. The upgrade also marks a notable step forward on the path towards decentralization as the current mainnet operated as a federated network managed primarily by the Cardano Foundation.

The a href=" "full rollout of Shelley/a could take a month to reach completion. Cardano plans to release a Shelley mainnet candidate chain around Jun. 23 before releasing the code to mainnet on the Jun. 30 target date. The official hard fork that will activate Shelley’s changes could arrive on Jul. 29, which would give network participants enough time to upgrade their nodes and wallets. According to the roadmap, Cardano will begin paying out staking rewards around Aug. 18.

The Cardano blockchain has two layers: a settlement layer and a computation layer. The Cardano Settlement Layer (CSL) serves to settle transactions made by peers in the network with ADA, Cardano’s native currency. The Cardano Computation Layer (CCL) is optimized to support smart contracts and decentralized applications.

Cardano developers chose a layered protocol to increase the network’s capacity for protocol changes and soft fork implementations. Cardano is developed in Haskell and Cardano smart contracts are created in Plutus, another programming language that allows for building stricter contracts. Charles Hoskinson
Founder and CEO of Input Output HK
Charles Hoskinson is a Colorado-based technology entrepreneur and mathematician. He attended Metropolitan State University of Denver and University of Colorado Boulder to study analytic number theory before moving into cryptography through industry exposure. His professional experience includes founding three cryptocurrency-related start-ups – Invictus Innovations, Ethereum and IOHK – and he has held a variety of posts in both the public and private sectors. He was the founding chairman of the Bitcoin Foundation’s education committee and established the Cryptocurrency Research Group in 2013. His current projects focus on education people about cryptocurrency, being an evangelist for decentralization and making cryptographic tools easier to use for the mainstream. This includes leading the research, design and development of Cardano, a third-generation cryptocurrency that launched in September 2017.
Show more 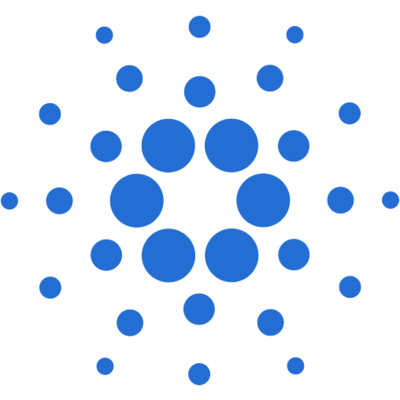 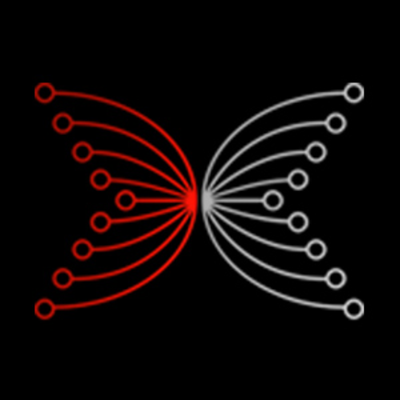 Input Output Hong Kong
Founded in 2014, Input Output HK is a research and development company in the fields of cryptography and distributed systems. The company brings an academic approach to blockchain research and advancing industry knowledge. A growing network of academic partnerships supports its research and the Blockchain Technology Laboratory at the University of Edinburgh serves as the global headquarters for its university collaborations.
Show more

Cardano caps the supply of ADA at 45 billion. The current ADA supply is roughly 31 billion, which leaves a remaining 14 billion for network incentives. Cardano incentives compensate for the network’s decrease in monetary expansion. Incentives increase as network use increases.

Ouroboros design Ouroboros consensus is determined by slot leaders who are elected by token holders with a sufficient stake in the network. Slot leaders operate in epochs to listen for and confirm transactions to produce blocks, which are then approved by input endorsers. A Cardano input endorser is the second set of stakeholders that verifies transactions included in blocks. Cardano believes this design is scalable since the network can increase the number of slots per epoch and run multiple epochs across the network simultaneously.

What is Cardano governance?

IOHK and the Cardano Foundation currently develop and implement any Cardano protocol updates. This off-chain governance model will continue until the network reaches the "Voltaire" era. At that point, ADA holders and stake pool operators will be able to vote on protocol improvement proposals. The off-chain process of developing and submitted code changes will remain even after the launch of Voltaire. Cardano's on-chain governance will simply determine whether the proposed change gets implemented or not.

2. How can I receive Cardano?

Receive Cardano to your Cropty wallet by QR-code, phone number, e-mail and nickname:

3. How can I store Cardano safely?

You can transfer your Cardano holdings and store it safely with Cropty wallet. Cropty secures safety of your holdings through various verification options like using password, authenticator app, Face ID, Touch ID and backup codes. You can be sure no one can get access to you Cardano holding except you.

4. How to start investing in Cardano easily and securely?

6. How can I receive Cardano as payment?

You can receive Cardano as payment in Cropty wallet. It is a convenient mobile app to receive, store and transfer Cardano ADA safely and instantly. Open Cropty app, click ‘Receive’, follow simple instructions and get your Cardano holdings immediately.

7. How can I receive Cardano donations?

8. Can I send Cardano without verification?

9. How can I send Cardano without fee?

You can send Cardano instantly without fee in the Cropty wallet. Download Android or iOS app or open the web version, sign up, click ‘Send’, choose ‘Send via e-mail, phone number or nickname’ and follow simple instructions.

10. How to make money with Cardano?
USD to ADA converter
USD
$
ADA