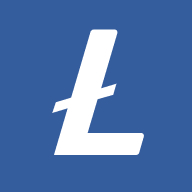 Download Litecoin wallet for iOS and Android or go to account.cropty.io
App Store

Monitor your LTC balance in USD

No more confusion with crypto public addresses: in the Cropty cryptocurrency wallet you can send Litecoin just by mobile phone number, QR-code and even a nickname! Make instant zero-fee Litecoin transfers in your usual ways.

Get access to Litecoin right in your mobile phone or any browser. Cryptocurrency investments wallet is already available for Android and iOS. Download Cropty to invest in Litecoin online.

Litecoin is a fork of Bitcoin's codebase with four times faster block times and a four times larger supply. The project considers itself complementary to Bitcoin as a silver to Bitcoin's gold. It is often used as a pseduo-testnet for Bitcoin, adopting new protocol changes before they are deployed on Bitcoin.

LTC is used as a native currency within the Litecoin network. LTC can be used for peer-to-peer payments and value storage within the Litecoin network. With its faster block times, Litecoin aims to offer higher on-chain throughout and quicker confirmation times than Bitcoin. However, similar to Bitcoin, Litecoin plans to ultimately scale using layer 2 solutions such as the lightning network. 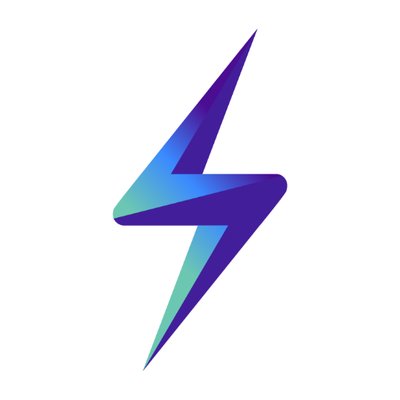 When did Litecoin launch?

Litecoin initiated a 150 coin pre-mine, coins rewarded for mining the genesis block and 2 subsequent blocks, which were initially reserved for project development bounties. Its genesis block was on 10/7/2011.

How did Litecoin come about?

Created in October 2011 by ex Google and Coinbase engineer, Charlie Lee, Litecoin is a fork of Bitcoin's source code that posits itself as "a silver to Bitcoin's gold." Technically, Litecoin is nearly identical to Bitcoin with key differences relating to block time, supply, hashing algorithm, and initial distribution. Litecoin aimed to keep the best aspects of Bitcoin while making some optimizations for its use as a medium of exchange.

Notably, Litecoin implements 2.5 minute block times and an 84 million max supply. Charlie Lee's original thinking was that quicker block confirmations would increase transaction throughput and reduce the amount of time merchants would need for block confirmations. Additionally, he thought the 84 million max supply would prevent the coin from becoming too scarce and expensive. Litecoin uses Scrypt, a memory intensive hashing algorithm, in order to better allow individuals to mine Litecoin with commodity hardware (although ASICs have been developed for Litecoin mining over the past few years). Finally, Charlie Lee, recognizing the mistakes of the few altcoins launched prior to Litecoin, wanted Litecoin to be launched in a fair manner, electing to only do a 150 coin (3 block) premine to allow people to get in early.

Litecoin, the protocol, is a distributed, time-stamped ledger of unspent transaction output (UTXO) transfers stored in an append-only chain of 1MB data blocks. A network of mining and economic nodes maintains this blockchain by validating, propagating, and competing to include pending transactions (mempool) in new blocks. Economic nodes (aka "full nodes") receive transactions from other network participants, validate them against network consensus rules and double-spend vectors, and propagate the transactions to other full nodes that also validate and propagate. Valid transactions are sent to the network's mempool waiting for mining nodes to confirm them via inclusion in the next block.

Mining nodes work to empty the mempool usually in a highest-to-lowest fee order by picking transactions to include in the next block and racing against each other to generate a hash less than the target number set by Litecoin's difficulty adjustment algorithm. Litecoin uses a Proof-of-Work (PoW) consensus mechanism to establish the chain of blocks with the most accumulated “work” (a.k.a., energy spent on solved hashes) as the valid chain. Other network peers can cheaply verify the chain’s work. 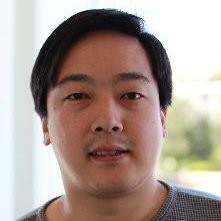 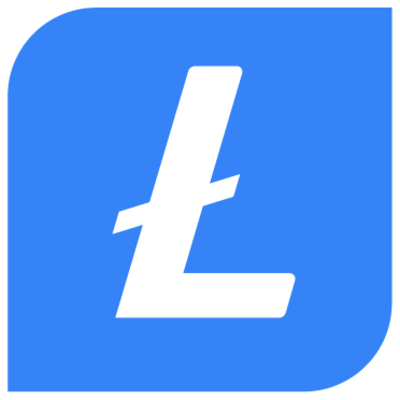 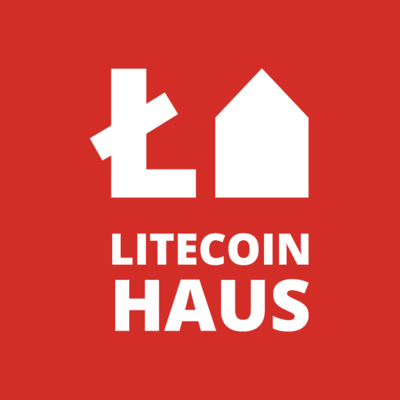 Litecoin was created as a clone of Bitcoin meant to have four times the supply, as well as generate blocks four times as fast. Bitcoin's parameters were changed in order to achieve this, with the result that eventual supply will top out at no more than 84 million coins.

On average, Litecoin generates new blocks every 2.5 minutes, rewarding miners with 12.5 new LTC and the total transaction fees from the preceding block. Each block has a 1MB limit and block rewards are halved every 840,000 blocks (approximately 4 years). Litecoin's first halvings occurred on August 2015 and August 2019. The next halving will occur in August 2023.

Eventually, once the 84 million LTC hard cap has been reached, block rewards will transition entirely to transaction fees shifting the security model of the protocol to one based on demand for block space versus one based on demand for LTC. Similar to bitcoin, litecoin's supply dynamics are known with great precision, and the vast majority of all eventual coins will be minted in the first two decades.

Asymmetry Asset Management
The Asymmetry DAA (AAAX) targets practical business offerings geared toward the basic needs of users operating in the blockchain environment, or in other words, where sufficient scalability has been achieved.

Bluefin Berkeley
At Bluefin Berkeley we are an investment fund that invests exclusively on ICOs tokens, Ventures and Projects based on Blockchain technologies, Cryptocurrencies and Digital currencies.

Coinbase Index Fund
Coinbase Index tracks the overall performance of the digital assets listed by Coinbase, weighted by market capitalization. The index level takes into account the ongoing increases in supply of each asset, not just changes in price. 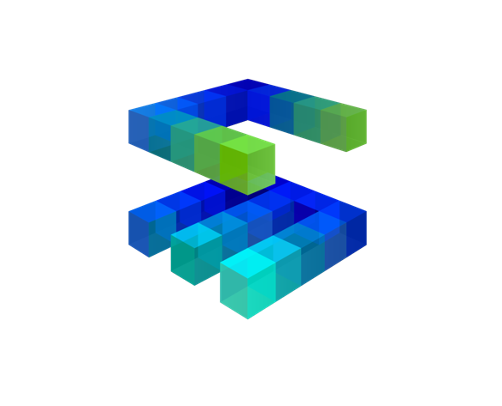 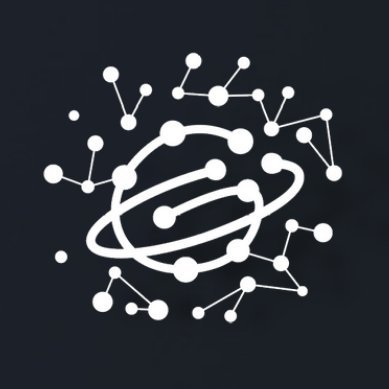 Litecoin originally implemented the Scrypt algorithm for its memory intensive properties, which made it more resistant to ASICs; however, over time Litecoin's ASIC resistant properties have eroded with Scrypt-capable ASICs having been developed. Furthermore, in order to smooth individual miner revenue as mining has become more competitive, mining is now done in pools where participants contribute hash power to the pool and receive a proportional share of the profits if the pool finds a valid block.

What is Litecoin governance?

Litecoin developement is open to the open source community. Protocol development is governed by a proposal process whereby anyone in the open source Litecoin community can submit Litecoin Improvement Proposals ("LIPs"). After debate by the community, the Litecoin Core editors, whom are supported by the Litecoin foundation, accept or reject the proposals. Decisions from the process are written into the Litecoin specification, as well as the software that runs the network. Finally, protocol changes are “ratified” on-chain when the majority of the network adopts the upgrade and doesn’t break consensus.

Who regulate Litecoin in 2023?

The Securities Framework Asset Ratings of the Crypto Rating Council (CRC) attributed the score of 1 out of 5 to Litecoin and provided the below summary:

2. How can I receive Litecoin?

Receive Litecoin to your Cropty wallet by QR-code, phone number, e-mail and nickname:

3. How can I store Litecoin safely?

You can transfer your Litecoin holdings and store it safely with Cropty wallet. Cropty secures safety of your holdings through various verification options like using password, authenticator app, Face ID, Touch ID and backup codes. You can be sure no one can get access to you Litecoin holding except you.

4. How to start investing in Litecoin easily and securely?

6. How can I receive Litecoin as payment?

You can receive Litecoin as payment in Cropty wallet. It is a convenient mobile app to receive, store and transfer Litecoin LTC safely and instantly. Open Cropty app, click ‘Receive’, follow simple instructions and get your Litecoin holdings immediately.

7. How can I receive Litecoin donations?

8. Can I send Litecoin without verification?

9. How can I send Litecoin without fee?

You can send Litecoin instantly without fee in the Cropty wallet. Download Android or iOS app or open the web version, sign up, click ‘Send’, choose ‘Send via e-mail, phone number or nickname’ and follow simple instructions.

10. How to make money with Litecoin?
USD to LTC converter
USD
$
LTC