Token for the Huobi exchange

Monitor your HT balance in USD

No more confusion with crypto public addresses: in the Cropty cryptocurrency wallet you can send Huobi Token just by mobile phone number, QR-code and even a nickname! Make instant zero-fee Huobi Token transfers in your usual ways.

Get access to Huobi Token right in your mobile phone or any browser. Cryptocurrency investments wallet is already available for Android and iOS. Download Cropty to invest in Huobi Token online.

What is Huobi Token?

Huobi Token is an ecosystem token launched by Huobi Global, offering benefits such as trading fee and margin discounts and access to certain trading events. Huobi has committed to using 20% of exchange revenues every quarter to buy HT in the open market and subsequently burn. They also burn tokens used in FastTrack to vote on token listings as well as for ticket sales from Huobi Prime Initial Exchange Offerings (IEO)

Discounted fees Huobi offers discounts on trading and margin fees based on how many HT were held over the prior 30 days. Additional fee discounts are given to Professional users, defined as holding more than $5,000 HT and 1,000 BTC equivalent value in 30-day trading volume. For those holding more than 100,000 HT, an additional 35% is deducted from the fee rate.

Huobi Prime tickets Huobi Prime is the company’s IEO platform than enables direct token offerings. They were designed to allow retail investors to invest in primary sales while limiting the purchase of tokens to an equivalent of $1,000 for early investors. Once the token sale is completed, they will be immediately tradeable against HT on the exchange. Huobi Prime listings occur in three rounds with larger discounts typically given in the earlier rounds. Participation typically requires a minimum average monthly HT and the trading quota is based on a tiered system of HT holdings. Once ticket sales are complete, the HT received are subsequently burnt.

FastTrack voting Every month, five projects are announced and then voted on by the community for listing on Huobi’s exchange. The project with the highest number of votes will be listed, while the others go towards the next week’s voting. Users that voted for the winning project are eligible to purchase tokens at a discounted value. All profits from FastTrack are used to repurchase HT that is subsequently burned.

When did Huobi Token launch?

Huobi launched its token by distributing 60% of the tokens to users who purchased pre-paid services on the platform. While not technically a token sale, it resembled one since users who paid the exchange received tokens. The remaining 40% of tokens were used to pay for operations, team incentives, and user rewards.

How did Huobi Token come about?

Huobi was founded in 2013 and has since built one of the largest crypto exchanges in the world. They launched their own native token at the start of 2018. The Huobi Token (HT) distributed through the exchange of “point cards,” which are pre-paid cards for basic services on Huobi, where 1 point is equivalent to one tether (USDT). Holding HT offers users discounts on both trading and margin fees based on a tiered system. Following the lead of Binance who started offering direct token sales through their IEO launchpad, Huobi announced their version Huobi Prime in March 2019.

Leon Li
Founder and CEO at Huobi Group
Leon Li is founder and CEO of Huobi Group. As an alumnus of Tsinghua University’s Department of Automation, Leon became an early pioneer and a serial entrepreneur in the field of financial technology. Before establishing Huobi Group in 2013 and building it into one of the world’s leading providers of financial services in digital assets, Leon was a computer engineer at Oracle, the world’s largest database provider.
Show more 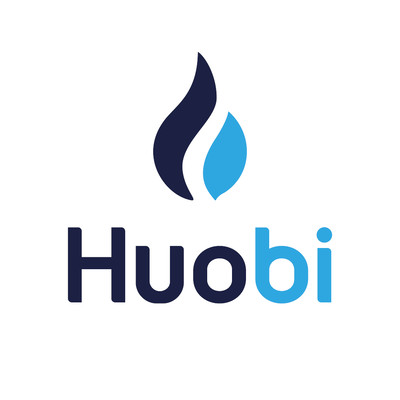 Telegram
FAQ
1.What is the best app to store Huobi Token?

2. How can I receive Huobi Token?

3. How can I store Huobi Token safely?

You can transfer your Huobi Token holdings and store it safely with Cropty wallet. Cropty secures safety of your holdings through various verification options like using password, authenticator app, Face ID, Touch ID and backup codes. You can be sure no one can get access to you Huobi Token holding except you.

4. How to start investing in Huobi Token easily and securely?

6. How can I receive Huobi Token as payment?

You can receive Huobi Token as payment in Cropty wallet. It is a convenient mobile app to receive, store and transfer Huobi Token HT safely and instantly. Open Cropty app, click ‘Receive’, follow simple instructions and get your Huobi Token holdings immediately.

7. How can I receive Huobi Token donations?

8. Can I send Huobi Token without verification?

9. How can I send Huobi Token without fee?

You can send Huobi Token instantly without fee in the Cropty wallet. Download Android or iOS app or open the web version, sign up, click ‘Send’, choose ‘Send via e-mail, phone number or nickname’ and follow simple instructions.

10. How to make money with Huobi Token?
USD to HT converter
USD
$
HT