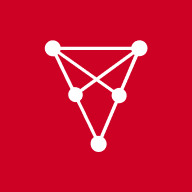 Download Chiliz wallet for iOS and Android or go to account.cropty.io
App Store

Monitor your CHZ balance in USD

No more confusion with crypto public addresses: in the Cropty cryptocurrency wallet you can send Chiliz just by mobile phone number, QR-code and even a nickname! Make instant zero-fee Chiliz transfers in your usual ways.

Get access to Chiliz right in your mobile phone or any browser. Cryptocurrency investments wallet is already available for Android and iOS. Download Cropty to invest in Chiliz online.

Chiliz (CHZ) is a digital currency for sports and entertainment, powering the world’s first blockchain-based fan engagement & rewards platform Socios.com. Fans can purchase & trade branded Fan Tokens as well as having the ability to participate, influence, and vote in club-focused surveys & polls. Chiliz aims to foster a blockchain ecosystem built for sports and entertainment.

Chiliz (CHZ) is a digital currency for sports, e-sports, entertainment platforms, and is adaptable across a wide range of industries. It aims to foster a blockchain ecosystem built for sports and entertainment.

Chiliz is currently an ERC20 token that acts as the exclusive crypto-asset set to power the Socios.com platform. Chiliz enables sports teams and other organizations to create their fan token that can be used as a medium of exchange within the community. When fans enter the Socios.com platform, acquire Chiliz tokens and then use them to exercise their voting rights, they become part of the crowd-managed decision engine for whichever organisation they’ve chosen to support. The in-app experience also allows for organizations to activate their offline fanbases with merchandise, giveaways, and exclusive experiences within the Chiliz ecosystem.

Notable partners include large football clubs like FC Barcelona, Paris Saint Germain, and Juventus F.C., which all have issued their fan tokens. These tokens are tradable on the Chiliz Exchange.

CHZ tokens run on both Binance Chain and the Ethereum blockchain.

When did Chiliz launch?

Pre-Sale & Sale Funding Allocation: Operational Expenses - 58%: A majority of funds will be passed on from the Issuer to an affiliate to develop the Socios.com platform, secure partnerships & realize the platform’s digital infrastructure.
Corporate Structuring - 10%: Funds will be used to ensure that the Socios.com platform maintains fully independent operations and has the strategic freedom to grow on its own terms.
User Acquisition - 20%: Funds will be used to acquire new users for the Socios. com platform and grow engagement in its voting utilities, P2P user experiences and marketplace.
Security & Legal - 5%: Funds will ensure timely audits for chiliz, for Socios. com platform security and to ensure the legality of the platform’s operation in the EU and in all other relevant global markets.
Ecosystem Support - 7%: The Issuer will invest in Malta’s emergent blockchain ecosystem, developing valuable partnerships to help the company and its stakeholders as the company grows.

How did Chiliz come about?

Founded in 2018 by Alexandre Dreyfus, Chiliz is a digital currency for sports and entertainment. Chiliz believes that the fans have no influence over their favourite teams or players in the current sports and esports environment. However, the appetite to ‘activate’ fans as influencers exist. Chiliz aims to build a platform where fans get a direct vote in their favourite sports organizations, connect, and help fund new sports and esports entities.

In the 2nd quarter of 2018, Chiliz raised $66 million through Private Placement. After distribution to early contributors, CHZ was publicly listed on major cryptocurrency exchanges including Binance, BitMax & KuCoin.

The largest portion of the fund is being used to build a fan engagement & rewards app, Socios.com, which was launched at the end of December 2019. As the exclusive on-platform currency, fans can use CHZ to purchase these branded Fan Tokens, which give users influential decision-making power by allowing them to vote on polls Chiliz’s partners publish within the Socios app. Ownership also gives fans access to exclusive rewards, engagement, as well as gamification, social interaction, and leader board features etc.

Football clubs including Juventus and Paris Saint-Germain are the first teams to join the platform to produce their Fan Tokens. Socios.com plans to onboard 50+ teams from football and other sporting verticals including esports and other conventional games such as cricket and the like.

At present, Chiliz has onboarded 19 Official Partners to Socios.com, held Fan Token Offerings for 11 of those partners.

Chiliz tokens are generated and distributed; the Socios.com platform moves past development milestones to enable Chiliz to Fan Token transactions & smart contract voting mechanisms. First major team partners sign on to participate in the platform including PSG and Juventus.

The Chiliz token becomes readily available for public purchase on exchanges. The Socios.com platform opens for a soft launch to the public, with the platform’s initial crop of cornerstone partner teams offering their Fan Tokens and enabling crowd guided voting on first decisions. The first European Football season with Socios.com-engaged teams begins.

Chiliz run its own permissioned instance of the Ethereum blockchain. This permissioned sidechain is the core of Socios.com. It hosts every team, league, game title or other organisation who connects with the platform, together with each organisation’s crowd voting mechanisms run as a semi-autonomous organization on this blockchain.

Ethereum supports the Proof-of-Authority consensus mechanism. Proof-of-Authority (POA) is a replacement for Proof-of-Work, which can be used for permissioned chain set ups. POA does not depend on nodes solving arbitrarily difficult mathematical problems, but instead uses a set of ‘authorities’ — nodes that are explicitly allowed to create new blocks and secure the blockchain. The chain had to be signed off by the majority of authorities, in which case it becomes a part of the permanent record.

Chiliz' token generation was executed via Private Placement only and completed in 2018 with its hard cap reached. No more tokens will be generated.

CeYuan Ventures
Ceyuan Ventures is a Beijing-based early stage venture capital firm focused on IT and emerging growth companies. We emphasize backing great teams, technology and business innovation. Our mission is to assist entrepreneurs in creating and building world-class businesses. Our conviction, network of relationships and grass roots culture give us the opportunity to discover the next big idea early. 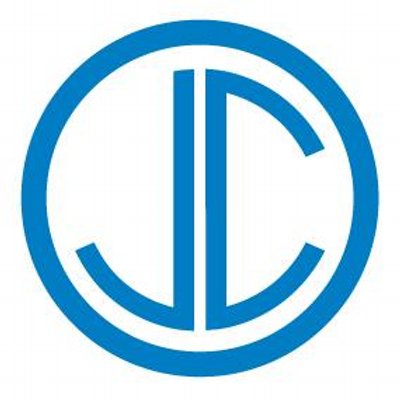 Jump Capital
Jump Capital is an expansion stage venture firm with operating DNA at its core. We offer unparalleled institutional resources through Jump’s ecosystem, including access to a broad network, top research labs and academic institutions advancing the state of the art in healthcare, high-performance computing, data mining, and machine learning.

What is Chiliz governance?

At the beginning, validation is in the hand of the chiliZ team. The team might open their ecosystem and move to a consortium permissioned chain model. In this case validators would be trustful partners, chosen by the ChiliZ team, that would join the ChiliZ platform like Esport Teams or leagues.

2. How can I receive Chiliz?

Receive Chiliz to your Cropty wallet by QR-code, phone number, e-mail and nickname:

3. How can I store Chiliz safely?

You can transfer your Chiliz holdings and store it safely with Cropty wallet. Cropty secures safety of your holdings through various verification options like using password, authenticator app, Face ID, Touch ID and backup codes. You can be sure no one can get access to you Chiliz holding except you.

4. How to start investing in Chiliz easily and securely?

6. How can I receive Chiliz as payment?

You can receive Chiliz as payment in Cropty wallet. It is a convenient mobile app to receive, store and transfer Chiliz CHZ safely and instantly. Open Cropty app, click ‘Receive’, follow simple instructions and get your Chiliz holdings immediately.

7. How can I receive Chiliz donations?

8. Can I send Chiliz without verification?

9. How can I send Chiliz without fee?

You can send Chiliz instantly without fee in the Cropty wallet. Download Android or iOS app or open the web version, sign up, click ‘Send’, choose ‘Send via e-mail, phone number or nickname’ and follow simple instructions.

10. How to make money with Chiliz?
USD to CHZ converter
USD
$
CHZ