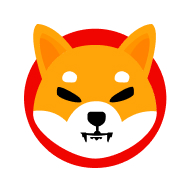 Monitor your SHIB balance in USD

No more confusion with crypto public addresses: in the Cropty cryptocurrency wallet you can send SHIBA INU just by mobile phone number, QR-code and even a nickname! Make instant zero-fee SHIBA INU transfers in your usual ways.

Get access to SHIBA INU right in your mobile phone or any browser. Cryptocurrency investments wallet is already available for Android and iOS. Download Cropty to invest in SHIBA INU online.

What is SHIBA INU?

SHIBA INU is an ERC-20 token named after the Shiba Inu dog, which serves as the community's symbol currency. The tokens are referred to as Meme Coins on the platform's official website. Shiba Inu is also referred to as the "doge-killer"

Shiba Inu is a Decentralized Meme Token that has evolved into a thriving ecosystem. Shiba Inu was created with the intention of creating a fair and honest cryptocurrency that allows everyone to utilize SHIB as a dependable currency for transactions and value sharing. Shiba Inu's development team established ShibaSwap, its own DEX, so users may earn more tokens by providing liquidity or staking their assets using two tokens, Leash and Bone. Shiba Inu is inexpensive to purchase and utilize for payment. Token holders may either bury their SHIB tokens and get xSHIB from the xSHIB pool, or they can dig their holdings and receive a Shib-Eth SSLP portion of the pool.

When did SHIBA INU launch?

Starting with a supply of one quadrillion (1,000 trillion), SHIBA founder "Ryoshi" locked half of it in Uniswap (for liquidity) and gave the other half to Ethereum co-founder Vitalik Buterin for safety. Buterin contributed more than 50 trillion Shiba Inu coins, worth more than $1 billion at the time, to a COVID-19 relief fund in India in May 2021, when the country was hit by the delta strain variant of Covid-19.

How did SHIBA INU come about?

The team released 10,0000 Shiboshi NFTs via the opensea platfom

Launch of shibaswap with three pools(ETH-USDT,LEASH-BONE,SHIB-BONE)

The launch of the DoogyDao allows community members to have voting power towards project development. The initial release of the DAO 1 (Beta phase) is focused on giving the community governing the right to choose crypto projects and pairs on the ShibaSwap WOOF Pools, as well as how the $BONE allocations will be split among users in the future of the Decentralized Exchange.

Burn portal address was created to reduce the circulation of SHB tokens thereby increasing the scarcity of the token. SHIB being burnt are transferred to the burn address which can not be retrieved.

However, while SHIB still gets connected to the ETH Layer 1. The Dev team announced the development of its own Layer 2 scaling blockchain. The major aim is the reduction of the high transactional gas fee from the ETH layer 1

What is SHIBA INU governance?

Bone is the governance token for SHIBA. Bone has a circulating quantity of 250,000,000 tokens and is exclusively accessible on the Shiba swap. Furthermore, the token is a Governance token, allowing shibarmy to vote on suggestions for 2022, as well as which token pairings will be introduced to shibaswap. Each bone equates to the voting power.

2. How can I receive SHIBA INU?

3. How can I store SHIBA INU safely?

You can transfer your SHIBA INU holdings and store it safely with Cropty wallet. Cropty secures safety of your holdings through various verification options like using password, authenticator app, Face ID, Touch ID and backup codes. You can be sure no one can get access to you SHIBA INU holding except you.

4. How to start investing in SHIBA INU easily and securely?

6. How can I receive SHIBA INU as payment?

You can receive SHIBA INU as payment in Cropty wallet. It is a convenient mobile app to receive, store and transfer SHIBA INU SHIB safely and instantly. Open Cropty app, click ‘Receive’, follow simple instructions and get your SHIBA INU holdings immediately.

7. How can I receive SHIBA INU donations?

8. Can I send SHIBA INU without verification?

9. How can I send SHIBA INU without fee?

You can send SHIBA INU instantly without fee in the Cropty wallet. Download Android or iOS app or open the web version, sign up, click ‘Send’, choose ‘Send via e-mail, phone number or nickname’ and follow simple instructions.

10. How to make money with SHIBA INU?
USD to SHIB converter
USD
$
SHIB