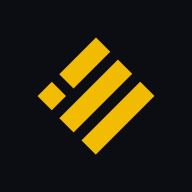 Monitor your BUSD balance in USD

No more confusion with crypto public addresses: in the Cropty cryptocurrency wallet you can send Binance USD just by mobile phone number, QR-code and even a nickname! Make instant zero-fee Binance USD transfers in your usual ways.

Get access to Binance USD right in your mobile phone or any browser. Cryptocurrency investments wallet is already available for Android and iOS. Download Cropty to invest in Binance USD online.

What is Binance USD?

Binance USD (BUSD) is a fiat-collateralized stablecoin that offers the advantages of transacting with blockchain-based assets while mitigating price risk. BUSD are issued as ERC-20 tokens on the Ethereum blockchain and are collateralized 1:1 by USD held in Paxos-owned US bank accounts. BUSD is also the one of three stablecoins approved by Wall Street regulators, alongside GUSD and PAX.

BUSD can be transacted over the Ethereum blockchain in the same manner as Ether or any other ERC-20 asset. If a user wishes to redeem BUSD they can send tokens to an address controlled by Paxos who will destroy the tokens and transfer fiat currency to the user's bank account. BUSD’s existence on public blockchains allows traders and exchanges to use BUSD as an alternative to fiat currencies allowing them to outsource their banking needs to Paxos. BUSD's existence as an ERC-20 token on Ethereum allows it to be integrated with Ethereum based applications.

Binance USD is fully collateralized 1:1 with USD in bank accounts, meaning that the total supply of BUSD is backed by a fiat held in reserve by Paxos. The requests for purchase and redemption of BUSD results in movement of cash in and out of the reserve, which in turn has the supplyController address mint and burn tokens accordingly. For example, purchase of $100 will result in issuance of 100 BUSD tokens and $100 being deposited into the reserve. On the other hand, redemption of 100 BUSD tokens results in destruction of those 100 tokens and withdrawal of $100 from the reserve to be given to the redeemer. As a resort to critical security threat, Paxos can pause transfer and approval of BUSD tokens via OpenZeppelin’s contracts.

Although the creation and destruction of the tokens occur through Paxos, other transactions in BUSD follow ERC-20 smart contracts. This ensures security for BUSD, as it gets rid of the need for third parties and instead relies on the long-tested global blockchain network. Additionally, trading tokens is simple with BUSD because viewing and transferring of BUSD is automatically supported by most Ethereum-supporting exchanges and wallet applications.

Due to the Trust Charter, the New York State Department of Financial Services regulates and monitors the company and its operating procedures to make sure it follows New York banking laws. These banking laws also requires Paxos to have the power to freeze accounts as well as wipe the balance of said frozen accounts. BUSD has a function called “setLawEnforcementRole.” As its name implies, it can give administrative permissions over the circulating BUSD supply. Paxos has assured that the function is for preventing illegal activities such as money laundering and terrorist financing and that it will not be used unless required by law. 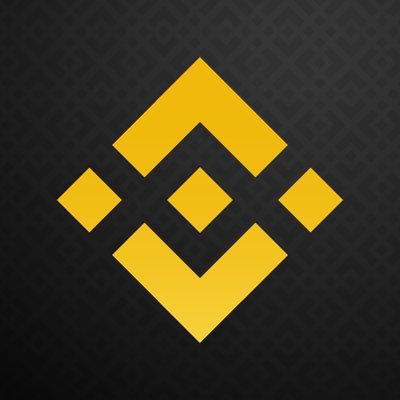 Binance
Binance is a digital asset exchange ecosystem offering a variety of centralized and decentralized products and services for efficiently buying and selling blockchain-based coins and tokens.
Show more

There is no cap on the number of BUSD that Paxos can generate. BUSD are only created when dollars are deposited. They only exist when dollars are in custody. When BUSD are redeemed for cash, the tokens are immediately destroyed. This is how the price remains stable, because the number of BUSD in circulation will always exactly match the number of dollars in reserve, so the price ratio will always be 1:1. It typically takes around 1 business day to convert BUSD back to USD. 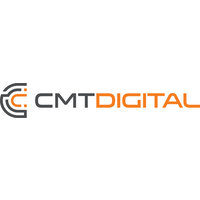 CMT Digital
CMT Digital, a division of the CMT Group, is focused on crypto asset trading, blockchain technology investments, and legal/policy engagement in the crypto asset / blockchain technology industry. Beginning in late 2013, under the leadership of Colleen Sullivan, the firm immersed itself in understanding the bitcoin protocol and took an active role in shaping the regulatory landscape for crypto assets. Accustomed to operating in highly regulated markets, CMT Digital participates in global discussions on regulation, policy, and best practices in the crypto asset and blockchain space.
Show more
USD to BUSD converter
USD
$
BUSD

What is Binance USD governance?

Paxos is the sole entity capable of altering the circulating supply of BUSD tokens. Paxos issue tokens when users deposit fiat currency into Paxos bank accounts while Paxos destroys tokens when users redeem tokens for fiat currency deposits in Paxos bank accounts. In order to prove that reserves exist and the system is solvent, BUSD relies on a proof-of-reserves system whereby the system is fully collateralized when the number of BUSD in circulation matches the value of the funds held in segregated accounts at FDIC-insured, U.S.-domiciled banks by Paxos. Paxos publishes monthly reports proving the US dollar reserves that back the BUSD tokens in circulation.

2. How can I receive Binance USD?

3. How can I store Binance USD safely?

You can transfer your Binance USD holdings and store it safely with Cropty wallet. Cropty secures safety of your holdings through various verification options like using password, authenticator app, Face ID, Touch ID and backup codes. You can be sure no one can get access to you Binance USD holding except you.

4. How to start investing in Binance USD easily and securely?

6. How can I receive Binance USD as payment?

You can receive Binance USD as payment in Cropty wallet. It is a convenient mobile app to receive, store and transfer Binance USD BUSD safely and instantly. Open Cropty app, click ‘Receive’, follow simple instructions and get your Binance USD holdings immediately.

7. How can I receive Binance USD donations?

8. Can I send Binance USD without verification?

9. How can I send Binance USD without fee?

You can send Binance USD instantly without fee in the Cropty wallet. Download Android or iOS app or open the web version, sign up, click ‘Send’, choose ‘Send via e-mail, phone number or nickname’ and follow simple instructions.

10. How to make money with Binance USD?
USD to BUSD converter
USD
$
BUSD